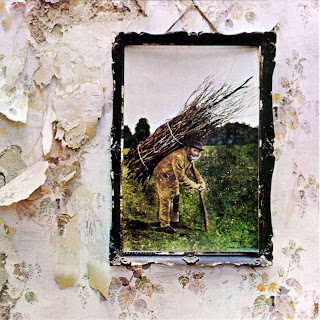 Music lacks magic these days.  There's nothing special or surprising about listening to a new album today.  You get on your computer and download a bunch of music, there's no wrapping, no packaging, no cover art to stare at.  The purchase is immediate too, within seconds you can be playing your new album, and even if you still buy hard copies of albums (CD's), you can stick those into your CD Player the moment you get in the car.  Listening to new music used to be an experience, because it was so hard to do.  (For musings on Led Zeppelin and the occult experience click here.)

I have several framed album covers on the walls of my townhouse, because LP's were the greatest experience of them all.  They contained music that wasn't super-easy to listen to, you had to want it, you had to be up for going through the ritual of taking the album out of the record jacket, handling it like a baby, placing it carefully on the turntable, and then moving the needle onto the wax.  Playing a record took time, and it was something you listened to from start to finish.  Listening to an album wasn't immediate gratification, it was total immersion in an artist, a world, a vision, a sound.

Very few records change the entire course of rock music*, Led Zeppelin IV was one of them.  I still have daydreams about what it would have been like to tear into that album back in 1971.  Staring at the weird album cover without the band's name on it, puzzling over the runes that graced the record sleeve.  It's possible that in 1971 you could have picked up IV without hearing anything off of it first. What a trip that would have been.  Can you imagine, sitting on your couch, firing up the record player, lighting up a joint, and hearing Stairway to Heaven for the first time, completely unannounced and unprepared for it?  There are no secrets when it comes to music today, you can stream anything before you buy it and but it on Youtube, impossible to do in 1971.  I would have been stoned** as a gourd in 1971 running around my house going ape-shit crazy over the last three minutes of Stairway thinking this is the greatest shit since ever.

One of the things that would have made IV such a mind-fuck in November of 1971 is that no one would have been expecting it.  Yes, Led Zeppelin was one of the biggest bands in the world in 1971 (just three years after they got together), but 1970's mostly acoustic Led Zeppelin III was largely seen as a commercial and artistic disappointment, expectations for Led Zeppelin IV would have been small.  What makes IV the classic it is, is how it takes the acoustic experiments of III and weaves them into an overall big rock sound (like in Stairway), or takes acoustic rock to a grander level, to this day nothing sounds like The Battle of Evermore, except the Battle of Evermore.


My first memories of listening to IV as an album, and not a few isolated radio hits here and there, dates back to my freshman year of high school.  My brother Chuck in his infinite wisdom got me a copy of the album (on cassette!) for Christmas.  It wasn't something I asked for, he just said it was something I "needed" as a fan of hard rock and heavy metal.  Shortly thereafter I have memories of dancing in my bedroom getting and getting dizzy while listening to Rock and Roll, still my favorite shake your rock bootie track of all time.

I've written extensively before about how much Led Zeppelin changed my life, but that Christmas was the beginning.  There was a time when it was a rare day in hell when I wasn't wearing a Led Zeppelin shirt.  Nothing sounds like Zeppelin, nothing rocks like Zeppelin, nothing has ever been as consistently great as Zeppelin.  There are some Zep fans who think that Physical Graffiti or perhaps II are their greatest achievement, I disagree, I think it has to be IV just because the album contains every element that made them so great.  There are no throw away tracks, on 1991's boxset, seven of IV's eight tracks made the cut, IV is a greatest hits album, the playlist for every classic rock station of the past thirty years. 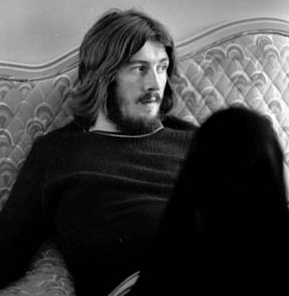 Often ignored in the hullabaloo over radio classics like Stairway and Black Dog, what makes IV so interesting and so unlike most rock music in its wake, is the drum sound.  John Bonham just hit the drums harder than any other human being behind a kit, as a result there's a sonic boom behind Zeppelin that no other rock band has ever had.  Forty years later and people are still sampling When the Levee Breaks because it sounds so amazing.  A rock critic I read once described Bonzo as always playing "behind the beat."  He argued that Bonzo was always about a mili-second off from where you thought the beat would fall.  So instead of "pause pause pause beat," you got "pause pause pause pa-BEAT" which always drove the music forward and gave it a sense of urgency that most rock lacked.  As a rock album I find IV to be extremely danceable, when I hear the rock tracks, I want to move and groove.  That's all Bonham.

It wasn't just Bonzo's urgent drumming that made his drum sound, when you listen to IV you can hear him doing all kinds of things, he wasn't just a time-keeper, he was a full contributor to the bands sound.  He was always playing more than what was needed, giving the music added texture.  You could just listen to the drum tracks on IV and be completely engrossed, no drummer ever gave a better performance.  The boom and echo in the drum sound is also attributable to super-producer Jimmy Page, who knew how to mic a drum a sound in a way that no one else had figured out at the time.  IV was not recorded in a studio, it was recorded at an old country estate (Headley Grange-how much do I love Zeppelin, I don't even have to look this shit up), and Bonham played in the living room allowing his drums to "breathe."

(Working on this piece I spent a lot of time on Youtube, and there are a few nifty videos there just featuring Bonzo's drum tracks.  Even in 1979 Bonham was still nailing it, Fool in the Rain is an overlooked Bonzo masterpiece, there's about 100 things going on during that drum track, and then there's just the deep sound of raw power of the time-keeping.) 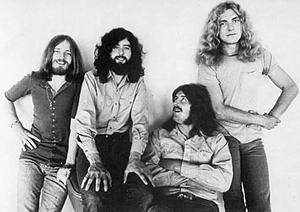 It wasn't only Bonham, 1971 found all the members of Led Zeppelin at the peak of their powers.  Robert Plant was a vocal phenomenon (and all of 21 years old), and after IV his voice would change and he'd never again be able to hit the high notes that marked early Zeppelin.  Plant was just soulful on parts of IV, and introspective when he needed to be.  His voice reached heights never before attained in British Blues Rock.  Fairport Convention singer Sandy Denny, one of all the time greats, said she "sang herself hoarse" trying to keep up with Plant on The Battle of Evermore.  Lyrically Plant also threw down the gauntlet, creating the genre of wizard-rock, but doing so in a mystical way, and not in a dopey dragons and rainbows sort of way***. 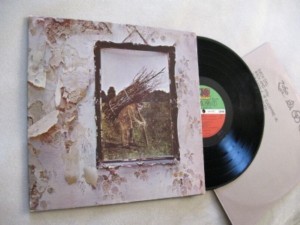 For me it's Bonham who makes this album (and Plant would love hearing that), but everyone contributed.  Who else but Zeppelin would have a bass/keyboard player that also plays recorder?  John Paul Jones was always the icing on the Zeppelin cake.  Not only did he play in lock-step with Bonzo (they were arguably the greatest rhythm section of all time), but he was funky.  While Bonzo grooved, Jones would play these funky bass-lines that were equally bootie shaking, and he did this in a hard rock band without anyone ever calling him out on it, because it was amazingly awesome.  Listen to Zeppelin live, without a rhythm guitar player, it's Jonsey's basslines that Page solos over, and the sound is never compromised.

Led Zeppelin IV marked the moment where Jimmy Page went from being an amazing British Blues Rock guitarist, to being a guitar god.  Think I'm kidding?  You haven't listened to that solo in Stairway in awhile have you?  Between the recorders, the bewildering lyrics, and the drums, Page's guitar solo in that song often gets lost, and it's amazing.  He plays the shit out of it, and there's no need for a rhythm guitar track because the solo is so interesting, and because Bonzo and Jones sound abso-fucking awesome on their own.  Listen to the live version of Stairway, and how Page just masters his 18 string guitar, you can almost imagine him casting a spell over it saying "You will be my bitch, and the world will think Satan is playing rhythm."  After IV, Page would create guitar armies in the studio and on stage, and no one else in the 70's even came close to touching his jock, not even Clapton.

Due to the emerging chameleon like talents of Page, IV just goes all over the place.  There's the funky hard rock of Misty Mountain Hop, Rock and Roll, and Black Dog, and the Celtic tinged sounds of Four Sticks (featuring another drum workout by Bonzo, and called Four Sticks because he plays the track with four drumsticks, have I mentioned how great Bonham was?), Evermore.  The folk sound of Going to California is completely on target, and a huge step up in sound from earlier experiments on III.  By 1971 Page had mastered what the band would call "light and shade," being able to go from arena rock warriors to folk-hippies without missing a beat (like Bonham would ever miss a beat).

Weirdly, the fortieth anniversary of IV has passed in classic Zeppelin style, quietly, and without the massive reissues that most bands would engage in to mark such an anniversary.  Dark Side of the Moon also turned forty this year, and was re-released in multiple formats, but for Zeppelin, IV stands the test of time as is.  Here's to forty years of the greatest rock album of all time, and in forty years people will still be listening to it.


*How rare is it to make an album that that changes rock history?  In the past twenty years I can only think of three off the top of my head, Pearl Jam's Ten, Nirvana's Nevermind, and The Slim Shady LP by Eminem.  That's it, those albums changed music forever.